I am grateful to be starting this new year with virtually a clean slate. That is especially nice because 2016 was one hell of a year! The summary sounds oversimplified, but I will leave it to you to fill in all the extensions of physical and emotional challenges involved: In early January we sold our farm (where we’d lived for 23 years), bought a smaller house (as part of our efforts to downsize), survived a house fire (in our new home three weeks after moving in)that displaced us for eight months, rebuilt and replaced as much as possible over the summer, and finally resettled in the fall. Additionally, I retired—again—in April, but this time for good.

So I start this new year with less stuff, fewer belongings, and no job. AND I LOVE IT!

Another unexpected change for this time of year is that my annual melancholic dread and countdown of Alex’s last 44 days has been supplanted slightly by the anticipation of a new family member: Tayson Alex. She arrived a few days past her January 20th due date, just before her mother was scheduled for inducing labor. (An early sign that this little girl is going to do things “her way!”) 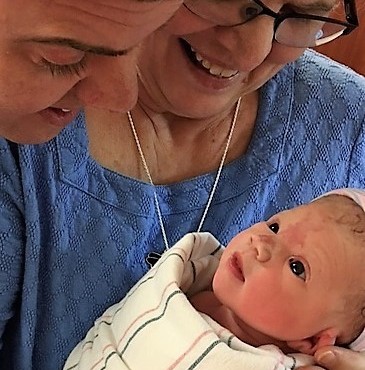 The joy of another grandchild after such a long time (my other grands are 19- and almost 16-years old) tickles me through and through! Needless to say, I had my bags packed and the car full of gas so that I could leave at a moment’s notice to give support to my son and his wife as they start a family in Charleston, SC.

And the joy of new life continues to make me appreciate the sacredness of Alex’s life—which he lived in his own way. I deeply appreciate that my younger son and his wife have chosen to pay homage to Alex by including his name in that of their first child. And the fact that she was born in the month that has been associated with two horrific tragedies in my life gives me pause, and gratitude, and delight.