Last week, several of us from the Farther Along writing group met at Reynolda House Museum of American Art in Winston-Salem, North Carolina, to take in a show on the life and aesthetic of the artist Georgia O’Keeffe (1887-1986). If you aren’t familiar with her work, do check her out, and if you live anywhere near Winston-Salem, do get to the show.

After becoming a famous painter in New York City, O’Keeffe moved to the Southwest, to a place called Abiquiu, New Mexico, where she made art and lived exuberantly for the rest of her long life.

She liked to climb a ladder to the roof of her studio and take in the panoramic view–the multilayered cliff walls, the red hills and the mesas. And of course the endless blue sky. Here’s her ladder, photographed by Bruce Weber

She had a bold and intrepid spirit, never cowering under the aggressive male artists beside whom she showed her work, never wavering in her determination to bring her visions to life. She designed and made all her own clothes, created large and confrontational images, lived on her own terms, and never gave up, even working when she was extremely old and blind.

She wrote:  Whether you succeed or not is irrelevant–there is no such thing. Making your unknown known is the important thing–and keeping the unknown always beyond you.

I’ve been absolutely terrified every moment of my life–and I’ve never let it keep me from doing a single thing I wanted to do.

Ghost Ranch is a vast retreat center in Abiquiu that honors her memory and has preserved her house and studio. To celebrate fifteen years of writing together, our Farther Along group (minus a few who unfortunately can’t come) is heading out to Ghost Ranch in November to soak up some of the O’Keeffe magic. We will write, walk, absorb the desert beauty, and “make the unknown known” as we always do when we’re together.

. . .when I started painting the pelvis bones I was most interested in the holes in the bones–what I saw through them–particularly the blue from holding them up in the sun against the sky as one is apt to do when one seems to have more sky than earth in one’s world . . . 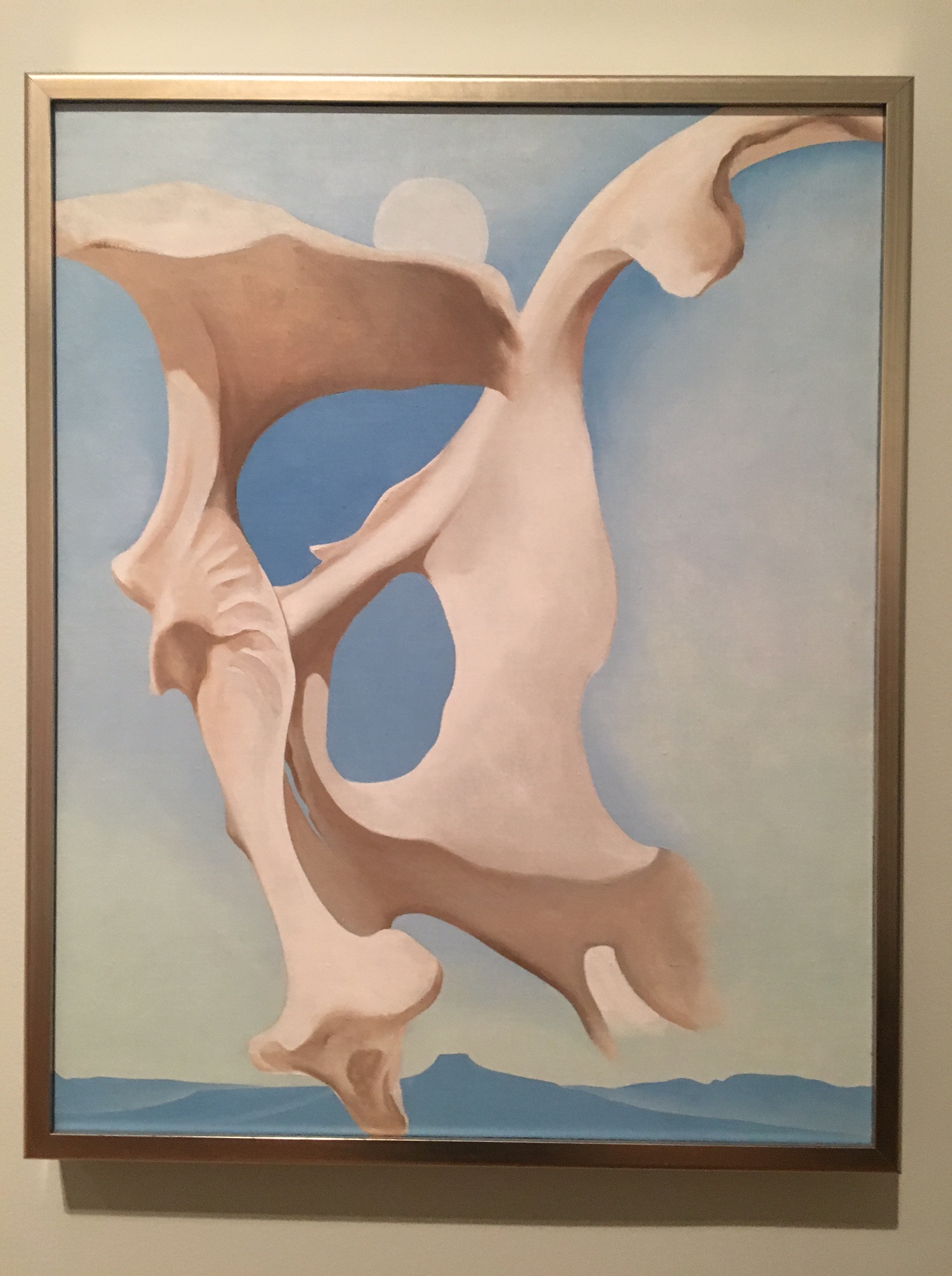 1 thought on “Making the Unknown Known”