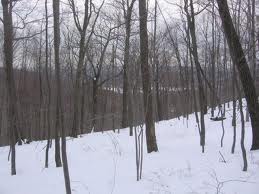 This is one of my favorite pieces of music. I sang it over and over again as I traipsed the frigid hills of a park the winter after Malcolm died.

That first holiday season I felt as frozen as the earth, yet raw and achy on the inside. All I could do some days was bundle into my long down coat, push into my boots, scarf, hat and gloves, leash my dogs and stumble out into the weak Massachusetts light. I walked for hours; singing this hymn and reciting poetry as well as the 23rd Psalm.  I rarely saw anyone in that wooded park in that Boston suburb.The ice crunched under my feet; the bare tree trunks swayed and cracked in the cold. My dogs raced off the paths, leaping over rocky outcrops and downed black branches.

I couldn’t imagine a time when my arms wouldn’t be leaden and empty or when my breasts, so recently overflowing with milk for my baby, would stop leaking.

I have just returned from a work trip to Boston. One of my clients happens to live near that same park. I walked its paths last week, marveling at all that has changed.  I now have two grown daughters who weren’t born then;  my breasts haven’t leaked in over two decades; we have moved to North Carolina. My life and work have taken me on many stunning and scrappy journeys. Winter doesn’t hurt like it did then.

Yet, if someone had stopped me on one of my long-ago walks and told me that I wouldn’t always feel  haunted and icy and hot and angry and empty–I would have shaken my head and not believed that person, not for a nanosecond.

Still, whenever I hear “Silent Night,” I go back instantly to the first Christmas without Malcolm. My parents took us to a party.  Red-cheeked people gathered around a sparkly tree in someone’s living room and sang Carols.  . . .”Holy infant so tender and mild. Sleep in heavenly peace. Sleep in heavenly peace.” Gleaming-teethed, friendly folks beamed at each other, hopeful and full of good cheer.

My “holy infant so tender and mild” was gone. I had to leave the party.  Sometimes, I still have to leave–to retreat, to stomp alone on a forlorn wooded path and listen to the icy wind moan.